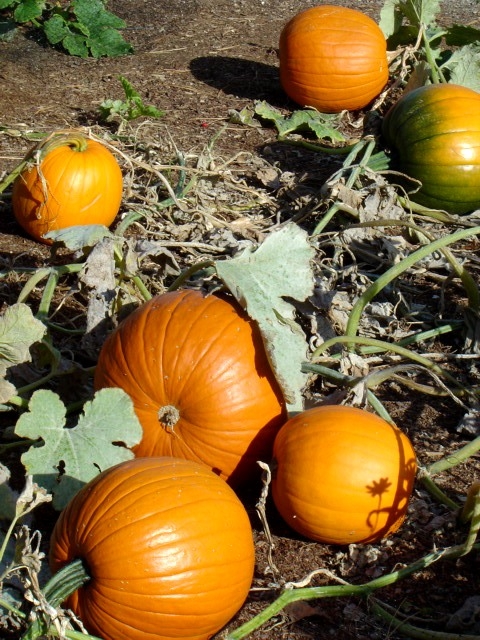 Most psychiatrists agree that sitting in a pumpkin patch is excellent therapy for a troubled mind.
—Linus

Who doesn’t love Linus? Blanket carrying, thumb-sucking, closest-friend-of-Charlie Brown, Linus often utters the most profound statements. And so I set out for a pumpkin patch of my own. After all, I pondered, my thoughts could use a little sprucing up. 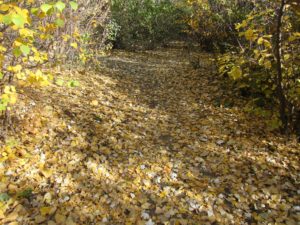 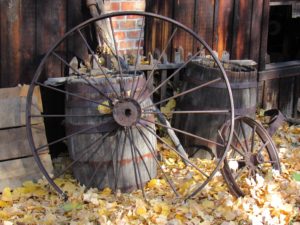 On the way to the patch, I noticed all the leaves skittering and crackling at my feet and an enormous mound of leaves in assorted shapes and sizes that someone had raked nearby.

Never jump into a pile of leaves holding a wet sucker.
—Linus

Again the wisdom of Linus shining on the path to the pumpkins with my sucker safely cellophaned in my pocket!

Ahh, the air wafted scents of dewed hay and a ripened harvest. A squirrel scampered across the log of a pasture fence. Two crows descended diagonally in cloudless blue. A squinting bovine tilted its complacent horns in the sun and a wrinkly-nose ram stood gazing with melancholy eyes. 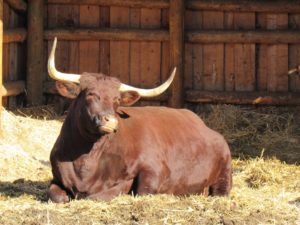 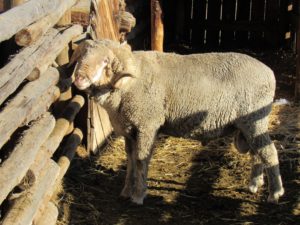 I walked forward taking in all the sights, sounds, and smells of fall on the farm. 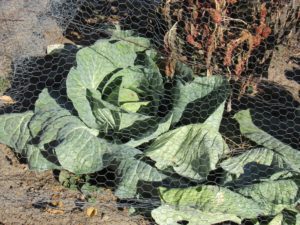 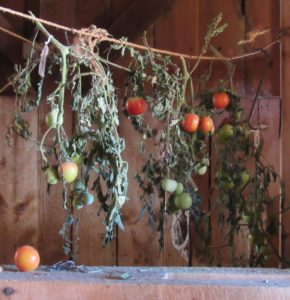 Finally, there in the distance glistened the patch I had been pursuing. Wow! A vast field of bright orange globes set aglow in morning dew and autumn light. Large, small, round, oval, bumpy, smooth . . . what a patch of pumpkins!

I discerned the patch up and down, side to side and suddenly a bright burning notion entered my mind. Just one pumpkin would not do it! I mean to truly be a patch of pumpkins there needs to be a multitude, not just one. In fact, I was looking at a sea of pumpkins and that got me wondering. 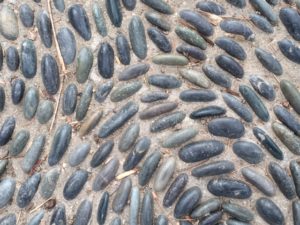 I recalled a stone pathway from a recent outing. The smooth stones were placed on edge in a design that took on the appearance of water. Indeed, they looked like swimming stones. And not just one stone, but many stones in congruence toward a given goal. To my eye, a path of currents swirling in and out. Hmmm, I wondered. 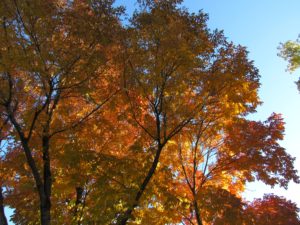 It’s the same with a tree. It’s not one leaf that makes the tree, but many. Just imagine a tree with only one leaf. Okay, I heard that snicker about the image of a Charlie Brown tree, but honestly, the branches need more than a single leaf to truly leaf out a destiny.

That’s when it all came to me.

I took a deep breath. I exhaled. All this discontent across the airwaves of late .  .  . insult, derision, division. It extends from the highest positions to the most humble outposts. Reticence to read the headlines.  And then I remembered:

No one can whistle a symphony. It takes a whole orchestra to play it.
—H.E. Luccock

Does anyone remember the concept of goodwill and cooperation while acknowledging the freedom of differing opinions?

Isn’t it the full collection of leaves in the seasonal journey that rounds out the contours of any given tree, the combined leaf population on the branches that shape its totality?

Isn’t it the alignment of multiple stones or brick or mortar that configures the walkway?

And isn’t it the plenitude of many pumpkins in a field? Vined, intertwined, or separate? Each one contributing to the mood and ambiance of Linus’ beloved pumpkin patch?

Here’s a plea for kindness and integrity and courage to work together in the pumpkin patch of life!

♥ Thanks for stopping by. ♥