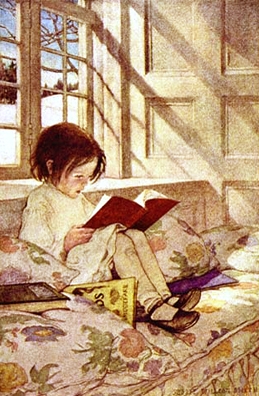 The old preacher-woman silently held a story in her weathered hands on a bench in the Kawuneeche Valley of Rocky Mountain National Park and looked up from the page.

“Did you see the moose?” she said to me as I drew close to her in the meadow. “She won’t let the calf near the water.” 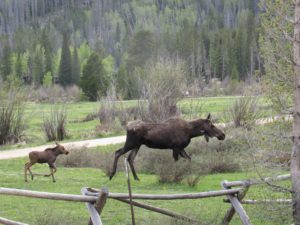 Not far from where we spoke grazed a cow moose and her calf at the headwaters of the Colorado River which ran higher than normal. The swift and treacherous currents could easily whisk the wobbly-legged offspring downstream in tragedy.

Somehow the mother moose was able to communicate that danger to her calf perhaps by emitting sounds and vocalizations, or perhaps by the physical nudge of her soft nose against the tiny body. A message was clearly given and received. 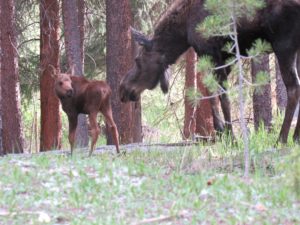 I listened to that wise preacher-woman speak of the mystery of the moose in the meadow, the mystery of the grandeur of the mountains surrounding us. She confided that she had been reading a mystery novel when I approached her in the tall grass but she said it was no mystery that God had created the beauty which was everywhere to behold in the park.

Somehow the synchronicity of that moment resonated with me. Here was a “woman of holy means” literally holding a story in her hands and then speaking the story of Creation itself. Then she told me she had just finished writing a sermon earlier in the day about a story in the Old Testament she would preach on Sunday. 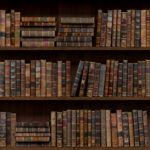 As children, we are delighted by the first notes of human language through the spoken word, song, nursery rhymes, and fairy tales. The ring of how words are arranged enhances the underlying message within a story. We remember the sounds. We remember the stories.

Whether written in prose or verse, spoken or sung, a good story can instruct and captivate us even if we can’t pin down what makes it so.

If there is magic in story writing, and I am convinced there is, no one has ever been able to reduce it to a recipe that can be passed from one person to another.
—John Steinbeck

One might wonder if stories are nothing more than mere wild and imaginative fabrications with nothing deeper to offer beneath the tale. But here are words straight from the monster’s mouth in, “A Monster Calls,” by Patrick Ness:

“Stories are important,” the monster said. “They can be more important than anything. If they carry the truth.”

And the great Russian novelist Leo Tolstoy had similar notions:

The one thing necessary in life as in art, is to tell the truth.
—Leo Tolstoy

Indeed, those statements might add some weight to those wielding the pen! Perhaps truth in story, be it through fiction or nonfiction, prose or verse, resides in the lineage (personal journey) of the writer. Perhaps that lineage provides a pathway into the hearts of those receiving the tale.

Congratulations to Joy Harjo who is our newly appointed United States Poet Laureate and is the first Native American to grace the office in twenty-three terms. She is poet, musician, author extraordinaire, and a member of the Mvskoke Nation. In her recent memoir, “Crazy Brave,” Harjo speaks about the responsibility within a soul story:

I was entrusted with carrying voices, songs, and stories to grow and release into the world, to be of assistance and inspiration. These were my responsibility. I am not special. It is this way for everyone. We enter a family story, and then other stories based on tribal clans, on tribal towns and nations, lands, countries, planetary systems and universes. Yet we each have our individual soul story to tend.
—”Crazy Brave,” by Joy Harjo

Plato had strong thoughts on story responsibility and believed storytelling was fundamental to prepare young citizens as leaders in the republic. At the same time, he recognized the potential for stories and art to be both good and bad influences on human character. His thoughts on story responsibility at times leaned toward censorship. Nevertheless, he advocated for the necessity of good storytelling.

And Jesus shared a profound knack for telling stories about simple and common subjects that touched the hearts of so many. He spoke parables to the multitudes as a means to fulfill the prophecy of the prophet Isaiah and to communicate the mysteries hidden in them.

“I will open my mouth in parables; I will utter what has been hidden since the foundation of the world.”
—Matthew 13:35, Psalm 78:2

A story shared is a gift.
Read the page.
Listen to the words.
Feel the crescendo of sound falling together in the old ways of wisdom.
Let the telling moisten the dry soul.
Tears. Rain. Dew.
Joy in discovery.
Wonder in wonder. 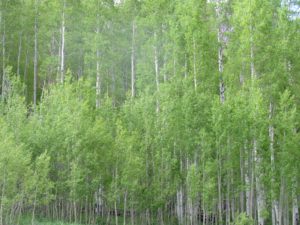 Stories are as old as the trees.℠